You can message yourself on WhatsApp to take notes

The popular instant messaging app WhatsApp has a feature that you can use to message on your own number to add notes or save some important information.

The “click to chat” feature allows you to start a chat with someone without having their phone number saved in your phone’s address book.

READ: WHATSAPP TO STOP WORKING ON THESE 53 IPHONE, ANDROID PHONES

Here’s how you can message yourself: 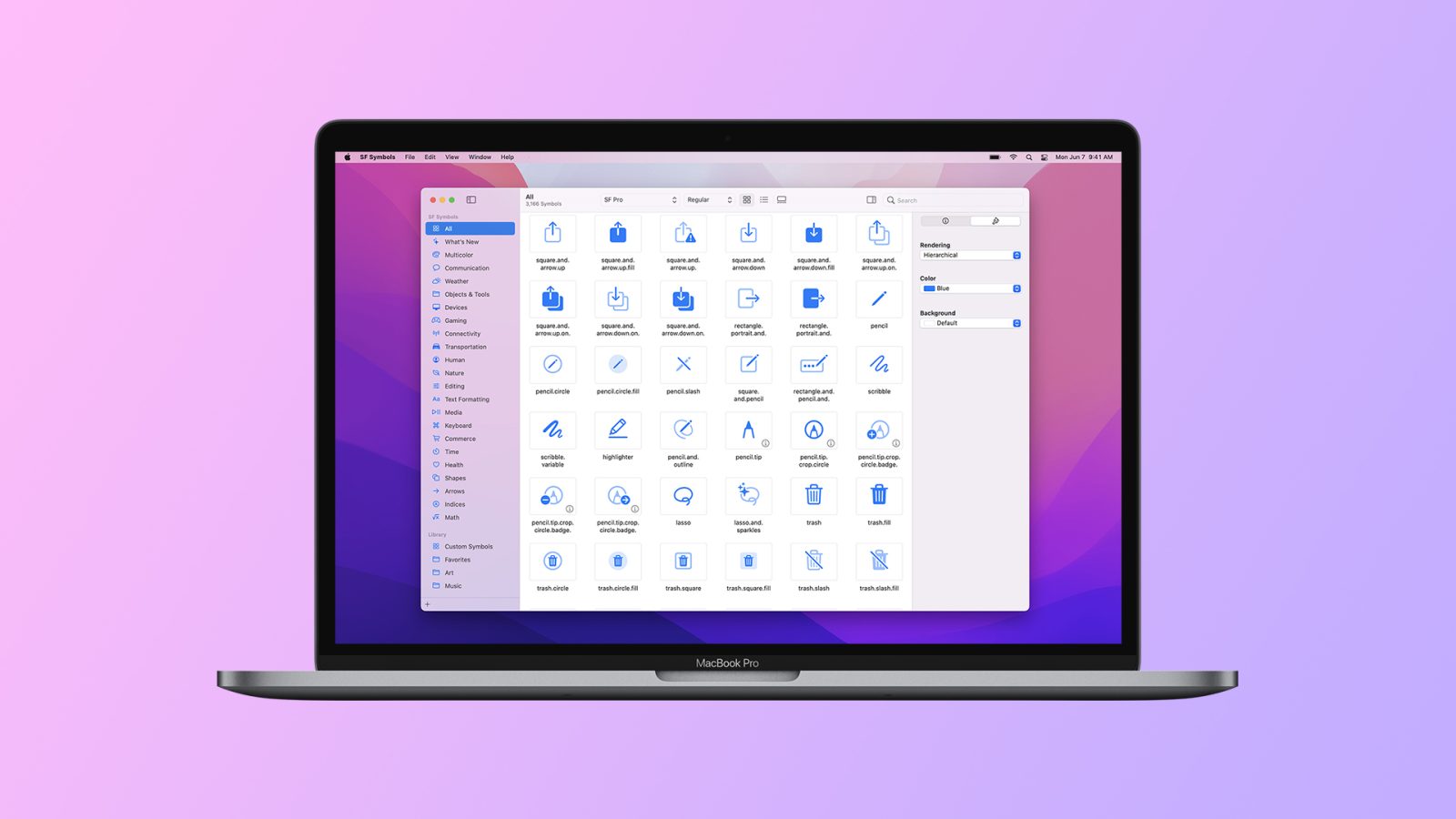 In addition to all the updates for its operating systems, Apple also introduced SF Symbols 3 beta at WWDC 2021 in June. The new version of SF Symbols, which includes more than 600 new icons, is now available to the public as an official release.

WhatsApp to stop working on these 53 iPhone, Android phones

WhatsApp has warned millions of iPhone and Android phone users to urgently update their software or else they will be unable to use the popular messaging app.

Operating systems undergo change every year, which means phones running older versions won’t be able to use it.

Around 53 smartphone models will be affected by the new update starting November 1.

ALSO READ: WHATSAPP TO SUPPORT IPAD AND AT LEAST ANOTHER IPHONE IN NEW UPDATE

Smartphone models having Android 4.0.4 or earlier as well as iPhones with iOS 9 or earlier will become incompatible with WhatsApp.

Following is a complete list of the models that will be affected by the update:

If you have one of these smartphones, you need to get a new …read more

Skype has some significant changes in the works. It offered a peek at what’s coming later this year, with a focus on speed, reliability and design, as well as other performance upgrades.

Microsoft announced the addition of the latest features to Skype via a blog post on September 27. The company said that the new plans bring an “improved, faster, reliable, and super modern-looking Skype.”

The most important part of Skype, what Microsoft named the Call Stage is getting several upgrades. The grid that’s displayed during calls will soon include every attendee of the video call. The person starting the video call will have the option to include people who are sharing video in the grid and can disable the video stream. Audio-only participants can use one of the app’s background replacement images while on a call, instead of the standard grey background.

Skype is also getting new colour themes and layouts to this view to allow customisation. Users can select speaker view, grid view, large gallery, Together Mode, and even a content view. To note, Skype already offers animated backgrounds, Together Mode, call recordings, and live subtitles.

An improved side panel on mobile, fluent icons, and colourful …read more

ProGrade Versus Sony CFexpress Type A Cards: Is There a Difference?

ProGrade Digital just released the first CFexpress Type A cards that aren’t made by Sony and while they aren’t “cheap” by any stretch of the imagination, they are more affordable than Sony’s offering. But does that discount come at a performance cost?

At the time of publication, CFexpress Type-A memory cards were only used by Sony in a few of its newer cameras like the Alpha 1. The format is much smaller than a CFexpress Type B card and while Type A cards will never be as fast, Sony chose them for its line of cameras because they have a secondary benefit: the small size lets them share a card slot that can also be used with legacy SD cards.

SD cards are actually bigger than CFexpress cards, which let Sony build a slot in both its cameras and its CFexpress card reader that lets the one slot pull double duty. For photographers, this means that Sony could support faster read and write speeds to get the most out of its new cameras while …read more 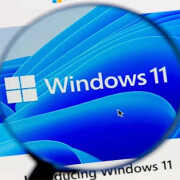 Your Phone software by Microsoft, which serves as a bridge between Android devices and Windows 10, is all set to get a makeover for Windows 11.

While things do not seem to have changed dramatically like new functionality is on the cards in the short term, we know a bit into the app at Microsoft’s recent Surface event as it still reminds us of its existence.

Your Phone app, too, gets a new look as do the other apps updated for Windows 11, with softer set of colors and rounded corners. However, it’s in the interface where the real improvement lies.

If you go into the app right now, you’ll see separate sections for Notifications, Messages, Calls. Also, Apps if you own a supported Samsung device or a Surface Duo. With the new version, XDA Developers spotted that notifications now feature along the left-hand side of the app, with can respond directly from your desktop or laptop.

Other items to have been relocated are Messages, Photos, Apps and Calls that now appear at the top of the screen. The now little less cluttered look should make the app a bit more accessible to newcomers. Although, it can be a bit confusing to those who …read more

Using a virus that grows in black-eyed pea plants, nanoengineers at the University of California San Diego developed a new treatment that could keep metastatic cancers at bay from the lungs.

The treatment not only slowed tumor growth in the lungs of mice with either metastatic breast cancer or melanoma, it also prevented or drastically minimized the spread of these cancers to the lungs of healthy mice that were challenged with the disease.

The research was published Sept. 14 in the journal Advanced Science.

Cancer spread to the lungs is one of the most common forms of metastasis in various cancers. Once there, it is extremely deadly and difficult to treat.

Researchers at the UC San Diego Jacobs School of Engineering developed an experimental treatment that combats this spread. It involves a bodily injection of a plant virus called the cowpea mosaic virus. The virus is harmless to animals and humans, but it still registers as a foreign invader, thus triggering an immune response that could make the body more effective at fighting cancer.

The idea is to use the plant virus to help the body’s immune system recognize and destroy cancer cells in the lungs. The virus itself is not infectious …read more

US sanctions cryptocurrency exchange over ties to ‘ransomware attacks’

The United States imposed sanctions Tuesday on cryptocurrency exchange SUEX for its ties to ransomware attackers, as Washington seeks to crack down on digital crime.

The move comes after hacks and data breaches that have targeted a major US oil pipeline, a meatpacking company and the Microsoft Exchange email system, as well as ransomware attacks hitting various sectors.

The US Treasury Department did not say if SUEX was implicated in any of those incidents, but noted that 40 percent of the exchange’s known transaction history was linked to “illicit actors.”

“Some virtual currency exchanges are exploited by malicious actors, but others, as is the case with SUEX, facilitate illicit activities for their own illicit gains,” the Treasury Department’s statement said.

As a result of the sanctions, any assets of the platform under US jurisdiction are now blocked and Americans are barred from using SUEX.

The United States in July offered $10 million rewards for information on online extortionists abroad as it stepped up efforts to halt a sharp rise in ransomware attacks.

This year has seen a slew of prominent ransomware attacks which have disrupted a US pipeline, a meat processor and the software firm Kaseya — affecting 1,500 businesses, many of them far from the …read more

Is putting an emoji as WhatsApp group icon possible now?

WhatsApp is reportedly testing a new feature that will make it possible for people to create new, custom icons to help label group chats.

WABetaInfo, a platform that keeps an eye on all WhatsApp updates, says the new feature should allow people to create custom icons for use with group chats. This will be an unprecedented development. Right now, people can assign a photo as a group chat icon, but that’s all.

The new feature is releasing today: the possibility to quickly create a group icon using an editor! You could create temporary groups and you might have no idea about which icon to use.

At present, the group icon editor is available on WhatsApp for iOS and it allows you to generate an icon choosing the background color, an emoji or sticker.

It’s worth noting that the feature will only be available to those who are using the latest WhatsApp TestFlight beta, however.

If you want to test the feature, you need to verify if it’s enabled for your WhatsApp account.

Open Group Info and tap the camera icon to change the group icon: if you see a new option called “Emoji & Sticker”, it means you can …read more

Marvel’s Guardians of the Galaxy game is all about teamwork

Marvel’s Guardians of the Galaxy game is all about teamwork and how the player’s relationship with gang members affects the mission.

The game is all set to release on October 26 for platforms namely PlayStation 4, PlayStation 5, Xbox One, Xbox Series X|S and PC.

We play as Star-Lord, also known as Peter Quill, who leads the group of Gamora, Drax, Groot and Rocket. He has to make them get their act together and onboard for the mission.

The intriguing part of the game is that other character’s decisions can play an important role throughout the story. They all have different styles of combat, approaches and strategies towards the mission and fighting the enemies.

The game is made in such a way that the players feel as if they are part of the Avengers. It also focuses on the decisions that are being made and how their relations can play the role in the outcome.

There is a Guardian Request System as well. It is influenced by the relations with the team members. The players can ask each other for help but they may not always be coming to your aid.