You are here: Home / Blog / Uncategorized / WhatsApp inches forward on bringing Reactions to its app 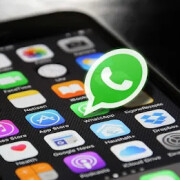 WhatsApp inches forward on bringing Reactions to its app

WhatsApp, owned by Meta, is actively developing its app and working on new features. The app’s latest beta on iOS reveals that a new feature may be coming soon worked on reactions to iMessage-like messages.

In their latest findings, they discovered that a relevant setting has appeared in the new beta on iOS. WABetaInfo shared that WhatsApp version 22.72 on iOS adds a new Reactions Notifications toggle to app settings.

With this toggle visible to beta users, the feature may come to the platform fairly quickly. Alternatively, the company may have accidentally revealed this setting and may remove it in future betas if the Reactions feature is not yet ready.

In 2020, Mark Zuckerberg shared that Meta (Facebook at the time) planned to merge the messaging systems of Facebook, Instagram, and WhatsApp. He said plans won’t materialize until 2022. With WhatsApp likely to add reactions to messages soon, the gap between it and Facebook/Instagram direct messages (DMs) is narrowing even further.

The merger between Facebook and Instagram DMs has already happened, as both platforms support the same messaging features (for the most part). WhatsApp is still …read more

Google Pixel 6 and Pixel 6 Pro ready to fire on all cylinders as January OTA...
