You are here: Home / Blog / Uncategorized / The Interdependency Of Stanford And Silicon Valley 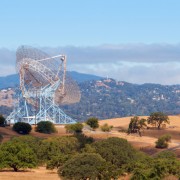 The Interdependency Of Stanford And Silicon Valley

There was a time when Stanford University was considered a second-rate engineering school. It was the early 1940s, and the Department of Defense was pressed to assemble a top-secret team to understand and attack Germany’s radar system during World War II. It’s hard to imagine Stanford passed over as an innovation hub today — Stanford has outpaced some of the biggest Ivy… Read More