You are here: Home / Blog / Uncategorized / Startups Weekly: Asana numbers likely to be what the market wants 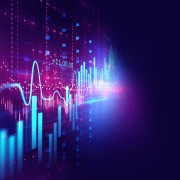 Startups Weekly: Asana numbers likely to be what the market wants

[Editor’s note: Want to get this weekly review of news that startups can use? Just subscribe here.]

Asana may get more attention than the average SaaS company due to the Facebook pedigrees and outspoken views of its founders, but in practice it’s a low-profile, cash-efficient machine. Today, the productivity toolmaker does not need to raise cash via a traditional IPO, as we explored this week following its filing for a direct listing, even though it hasn’t raised that much money compared to other unicorns.

Alex Wilhelm dug into public numbers on Extra Crunch to make an educated guess about its pricing prospects:

Let’s presume that Asana crossed the $100 million ARR mark as 2018 came to a close. And, for the sake of discussion, that its eight quarters of revenue growth acceleration left the company with a 60% expansion rate. Then, Asana would have closed up 2019 with $160 million in ARR. (You can easily change up the numbers by tweaking when the company reached the nine-figure ARR mark and its ensuing growth rate.). …

Asana is likely worth more than its final private valuation of $1.5 billion. Presuming it can get a bog-standard 12x multiple on its ARR, the …read more