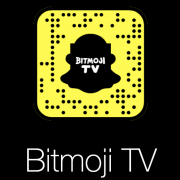 Snapchat’s most popular yet under-exploited feature is finally getting the spotlight in 2020. Starting in February with a global release, your customizable Bitmoji avatar will become the star of a full-motion cartoon series called Bitmoji TV. It’s a massive evolution for Bitmoji beyond the chat stickers and comic strip-style Stories where they were being squandered to date.

Creating original in-house shows for its Discover section that can’t be copied could help Snapchat differentiate from the plethora of short-form video platforms out there ranging from YouTube to Facebook Watch to TikTok. Bitmoji TV could also up the quality of Discover, which still feels like a tabloid magazine rack full of scantly clad women, gross-out imagery, and other shocking content merely meant to catch the eye and draw a click.

With Bitmoji TV, your avatar and those of your friends will appear in regularly-scheduled adventures ranging from playing the crew of Star Treky spaceship to being secret agents to falling in love with robots or becoming zombies. The trailer Snapchat released previews an animation style reminiscent of Netflix’s Big Mouth.

TechCrunch asked Snap for more details, including how long episodes will be, how often they’ll be released, whether they’ll include …read more