You are here: Home / Blog / Uncategorized / Is your startup the next TikTok? 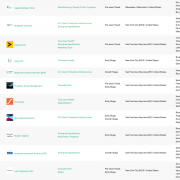 Is your startup the next TikTok?

And I don’t mean building an app that gets the world addicted to short-form videos. I mean, where you build a huge company that spans the world and then get turned into a political football.

The Bytedance-owned app developer still appears headed for a shutdown in the US, after the already convoluted talks stalled out this past week. Each national government appears to require local ownership of a new entity, as Catherine Shu details, and the business partners are each claiming ownership. It’s a zero sum global game now for control of data and algorithms.

On the other side of the world, Facebook was quick to state that it would not be pulling out of the European Union this week even if it is forced to keep EU user data local, as Natasha Lomas covered. The company was clarifying a recent filing it had made that seemed to threaten otherwise — it doesn’t want to get TikTok’d.