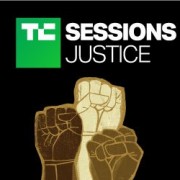 With less than one week left until the election, DoorDash made a late contribution of $3.75 million to try to ensure California’s gig worker ballot measure Prop 22 passes. Meanwhile, Coinbase is looking for a head of diversity and inclusion and Uber was hit with claims of reverse racism.

All that and more in this week’s edition of Human Capital, a weekly newsletter where we unpack all-things labor and D&I. To receive this in your inbox every Friday at 1 p.m. PT, be sure to sign up here.

Oof. Just when we thought we were safe from surveillance, we’ve found yet another reason not to trust people with facial recognition tech. Just to be clear, the first part of that was sarcasm. Anyway, Vice reported earlier this week that some Verkada employees used the startup’s tech to take photos of their female colleagues and then made sexually explicit jokes.

When other employees reported the incident to human resources, Verkada CEO Filip Kaliszan simply gave the offenders a choice of leaving the company or having their share of stock reduced. After the Vice story went …read more

 You can start a venture fund if you’re not rich; here’s how