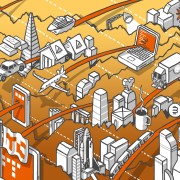 Some time ago, I gave up on the idea of finding a thread that connects each story in the weekly Extra Crunch roundup; there are no unified theories of technology news.

The stories that left the deepest impression were related to two news pegs that dominated the week — Visa and Plaid calling off their $5.3 billion acquisition agreement, and sizzling-hot IPOs for Affirm and Poshmark.

Watching Plaid and Visa sing “Let’s Call The Whole Thing Off” in harmony after the U.S. Department of Justice filed a lawsuit to block their deal wasn’t shocking. But I was surprised to find myself editing an interview Alex Wilhelm conducted with Plaid CEO Zach Perret the next day in which the executive said growing the company on its own is “once again” the correct strategy.

Chinese smartphone maker Xiaomi is the latest to be added to the Trump Administration’s military blacklist. On Thursday, the Department of Defense added nine more companies to its list of alleged Chinese military companies, including Xiaomi.

Xiaomi was the world’s third-largest smartphone maker as of Q3 last year, coming ahead of Apple and trailing behind Samsung and Huawei, according to market researcher IDC.

In November, President Donald Trump signed an executive order, which was set to take effect in January, to bar investment in companies designated as supporting efforts of China’s military, intelligence and security apparatuses. Huawei, China’s major chipmaker SMIC, and the country’s three largest telecoms operators are among the targets of the list.

The military blacklist is different from the Commerce Department’s entity list, which famously cuts Huawei, DJI, SenseTime and other Chinese tech firms off their U.S. suppliers over national security concerns.

Xiaomi “confirms that it is not owned, controlled or affiliated with the Chinese military, and is not a ‘Communist Chinese Military Company’ defined under the NDAA [National Defense Authorization Act]. The company will take appropriate course of actions to protect the interests of the company and its shareholders,” a Xiaomi …read more

Google said on Thursday it has pulled some personal loan apps from Play Store in India and was implementing stronger measures to prevent abuse following reports that said several firms were targeting vulnerable borrowers in the country and then going to extreme lengths to recover their money.

The Android-maker said users and government agencies in India recently flagged several personal loan apps and the company reviewed hundreds of them. The review found an identified number of apps violated Play Store’s safety policies and were immediately removed from the Store.

Google said it has asked the developers of the remaining identified apps to demonstrate that their apps are in compliance with applicable local laws and regulations. “Apps that fail to do so will be removed without further notice. In addition, we will continue to assist the law enforcement agencies in their investigation of this issue,” the company said.

Users have identified several lending apps including 10MinuteLoan and Ex-Money in India in recent months that granted small ticket loans (typically in the range of $100 to $200) to people for short tenures without much verification to determine their eligibility and then charged steep processing fees.

To avoid such abuse, Google said Play Store will only …read more

Barcelona-based TravelPerk has scooped up US-based rival NexTravel as the pandemic drives consolidation in one of the sector’s hardest hit by COVID-19.

It’s not disclosing how much it’s shelling out for NexTravel, which has some 700 customers globally and has processed around 300,000 trips since being founded back in 2013, but says the deal is its largest acquisition to date — with the aim of beefing up its business in the US. (Also today it’s announcing a partnership with Southwest Airlines that plugs a key gap in its US offering.)

The US has always been a top five market for TravelPerk, per CEO and co-founder, Avi Meir, but after the NexTravel acquisition it becomes its largest market.

“US customers, US know-how, [US-based] team,” he said, listing the drivers for the acquisition. “They’ve built an amazing product. It’s a Y Combinator company who started 2-3 years before us and they focused only or mostly on the US market so they have an expertise that is very complementary to what we’re doing.”

Meir confirmed NexTravel’s founders and team are joining TravelPerk as part of the deal. Existing customers include the likes of Yelp, Stripe and Harry’s.

“They’re a great company. I really think we have great …read more

Two ex-Sequoia VCs: the most ‘compelling emerging market’ may be America, outside of Silicon Valley

Roughly eight years ago, investors Mark Kvamme and Chris Olsen left Silicon Valley to open a venture firm, Drive Capital, in Columbus, Ohio. It wasn’t an easy decision. Leaving California wasn’t exactly fashionable at the time. In fact, While Olsen had grown up in Cincinnati, the Yale grad had landed at Sequoia Capital a couple of years out of college — a dream job — and had no interest in going anywhere. Meanwhile, Kvamme is a California native who attended UC Berkeley, grew up immersed in the world of startups (his dad was also a VC), and cofounded four companies before himself landing at Sequoia, where among his deals, he led the firm’s investment in LinkedIn.

Even after a series of developments would lead them to take the leap, the early ride was bumpy. There was no venture community. Midwestern startups were still few and far between. More, Kvamme, first lured to Ohio by his longtime friend John Kasich to take an economic development job that he thought would be temporary, was soon deemed a little too cozy with the state’s power players.

Looking back now, it’s a wonder they stayed. Yet it’s because they did that <a target=_blank …read more

As Chinese fitness class provider Keep continues to diversify its offerings to include Peloton-like bikes, health-conscious snacks among other things, it’s bringing in new investors to fund its ambitions.

On Monday, Keep said it has recently closed a Series F financing round of $360 million led by SoftBank Vision Fund. Hillhouse Capital and Coatue Management participated in the round, as well as existing investors GGV Capital, Tencent, 5Y Capital, Jeneration Capital and Bertelsmann Asia Investments.

The latest fundraise values the six-year-old startup at about $2 billion post-money, people with knowledge told TechCrunch. Keep said it currently has no plans to go public, a company spokesperson told TechCrunch.

Keep started out in 2014 by providing at-home workout videos and signed up 100 million users within three years. As of late, it has served over 300 million users, the company claims. It has over time fostered an ecosystem of fitness influencers who give live classes to students via videos, and now runs a team of course designers, streaming coaches and operational staff dedicated to its video streaming business.

Parler is at risk of disappearing, just as the social media network popular among conservatives was reaching new heights of popularity in the wake of President Donald Trump’s ban from all major tech social platforms.

Amazon Web Services, which provides backend cloud services, has informed Parler that it intends to cut ties with the company in the next 24 hours, according to a report in BuzzFeed News. Parler’s application is built on top of AWS infrastructure, services that are critical for the operation of its platform. Earlier today, Apple announced that it was following Google in blocking the app from its App Store, citing a lack of content moderation.

Parler, whose fortunes have soared as users upset at the President’s silencing on mainstream social media outlets flocked to the service, is now another site of contention in the struggle over the limits of free speech and accountability online.

Parler CEO John Matze said that the platform would be offline for at least a week, as “they rebuild from scratch” in response to AWS’ communications. Some Parler users, as captured in screenshots shared on Twitter, seemed to respond with …read more

Twitter permanently banned the U.S. president Friday, taking a dramatic step to limit Trump’s ability to communicate with his followers. That decision, made in light of his encouragement for Wednesday’s violent invasion of the U.S. Capitol, might seem sudden for anyone not particularly familiar with his Twitter presence.

In reality, Twitter gave Trump many, many second chances over his four years as president, keeping him on the platform due to the company’s belief that speech by world leaders is in the public interest, even if it breaks the rules.

Now that Trump’s gone for good, we have a pretty interesting glimpse into the policy decision making that led Twitter to bring the hammer down on Friday. The company first announced Trump’s ban in a series of tweets from its @TwitterSafety account but also linked to a blog post detailing its thinking.

In that deep dive, the company explains that it gave Trump one last chance after suspending and then reinstating his account for violations made on …read more

Hyundai Motor Company is downplaying reports that it is in talks with Apple to produce an autonomous electric vehicle, stating that discussions are still in the “early stage” and still undecided. But the news of a potential tie-up (however tentative) with Apple, which is known for keeping a tight lid on deals before they are announced, was enough to send shares of Hyundai Motor Company up more than 20% on the Korea Exchange during trading on Friday.

The talks were first reported by the Korea Economic Daily and confirmed by Hyundai to Bloomberg in a statement that said “Apple and Hyundai are in discussion, but as it is at early stage, nothing has been decided.” The Korean auto giant also told CNBC that “we understand Apple is in discussion with a variety of global automakers, including Hyundai Motor. As the discussion is at its early stage, nothing has been decided.”

Snapchat locked President Donald Trump’s account after pro-Trump rioters stormed the United States Capitol. A Snap spokesperson confirmed to TechCrunch that the action was taken on Wednesday and added that the company will monitor the situation closely before re-evaluating its decision.

This is not the first time Snap has taken action against Trump’s account over concerns about dangerous rhetoric from the president. In June, it announced content from Trump’s Snapchat would no longer be promoted in its Discover tab, and would only be visible to users if they subscribe to or search for it.

In a blog post published shortly before Snap announced its decision, co-founder and chief executive officer Evan Spiegel said that Snapchat “simply cannot promote accounts in America that are linked to people who incite racial violence, whether they do so on or off our platform.”

Unlike many other social media platforms, Snapchat was created for users to communicate with friends instead of a wider audience, the Snap spokesperson said. It has focused on making it …read more