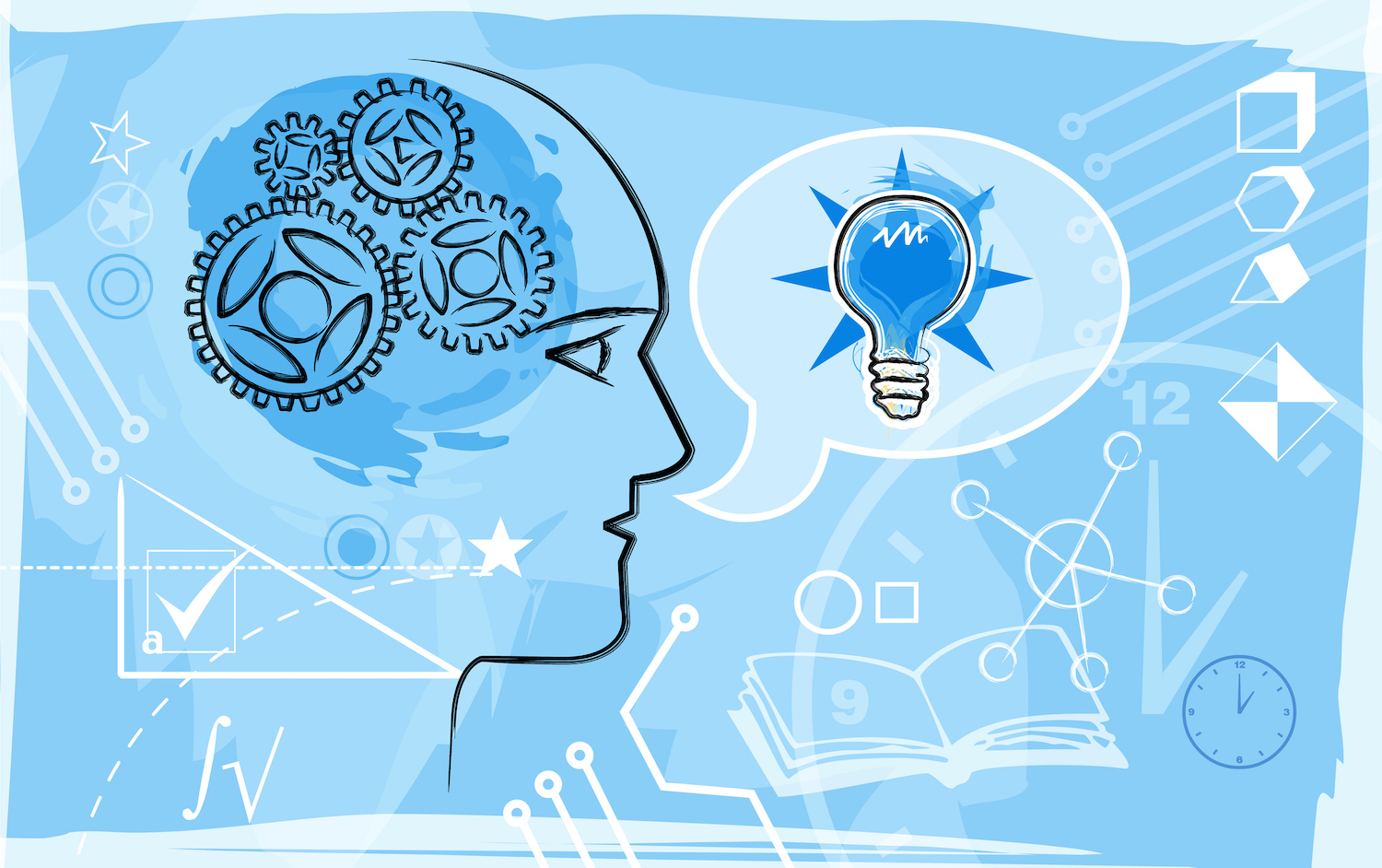 Hello and welcome to Daily Crunch for Friday, September 17th! What a week, ya’ll. It is now just days before Disrupt, which means the TechCrunch hive is buzzing. I’ll leave it by noting that Reid Hoffman is coming, which is going to be a treat. See you next week! — Alex 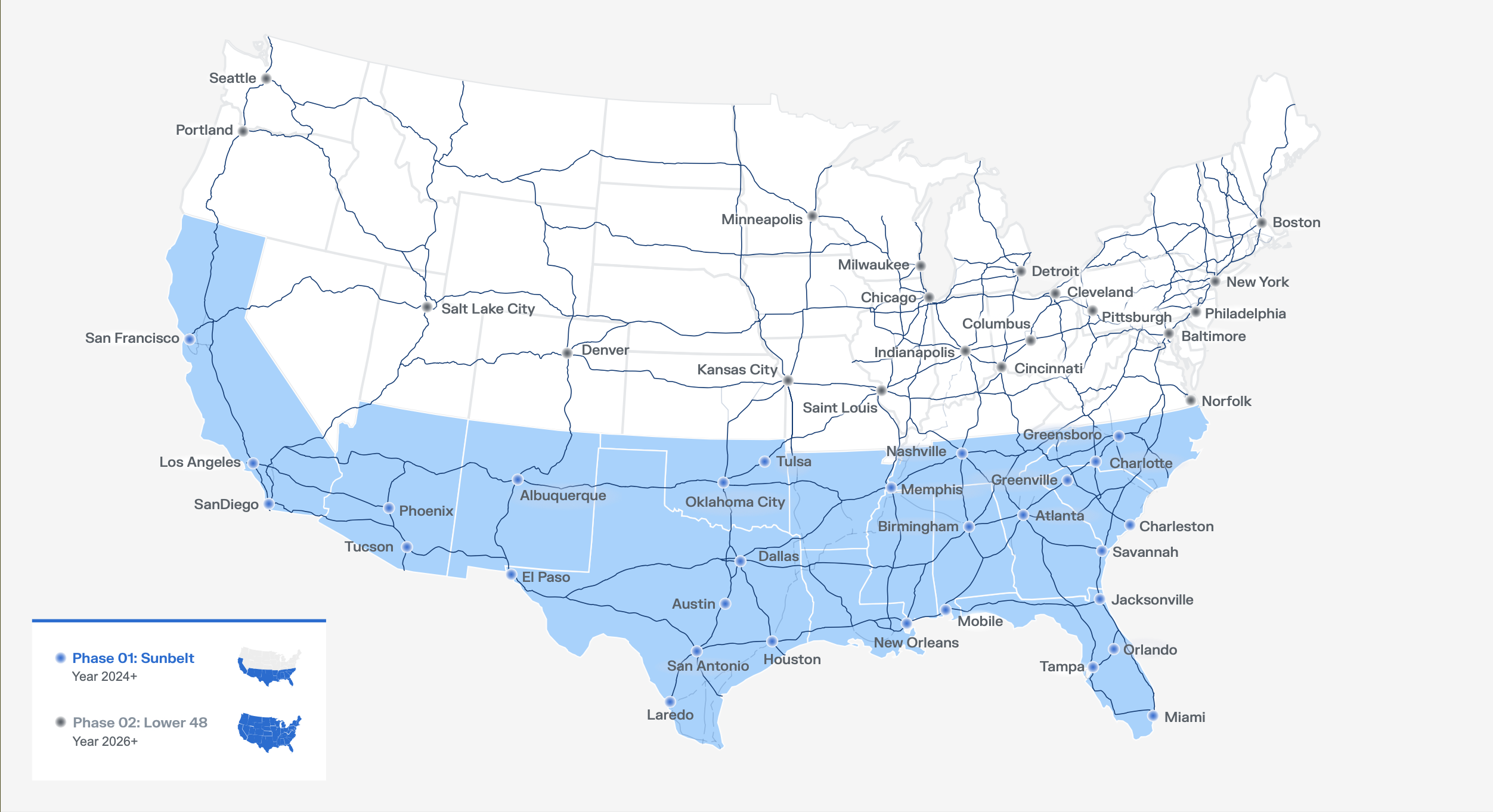 Supply chain and fleet management solutions company Ryder is partnering with yet another autonomous trucking company. On Thursday, Ryder announced its plans to help Embark launch a nationwide network of up to 100 transfer points that will be owned and operated by the autonomous trucking developer.

This is Ryder’s third public partnership with autonomous trucking companies. It recently announced plans that are currently underway to help Waymo Via scale its autonomous trucking business by helping with standardized fleet maintenance and management. Ryder is also working with TuSimple to leverage its own facilities as terminals for the startup.

“We’re on the cutting edge and really beginning to understand that AV could have a pretty significant role in the future of transportation logistics, so we want to get in as early as possible and start working with these companies that seem to be dominating the market with their technologies,” Karen Jones, Ryder’s EVP for new product innovation, told TechCrunch.

While Ryder has been in talks with other AV companies like Kodiak, Aurora and Plus, Jones said no other deals are in the pipeline. Jones says Ryder is hoping to learn and grow through the different use cases its …read more

Less than 3% of genetic material used in global pharmaceutical research is from Africa. The staggering gap is quite surprising because Africans and people of African descent are reported to be more genetically diverse than any other population.

Since launching in 2019, African genomics startup 54gene has been at the forefront of bridging this divide in the global genomics market. Today, the company has secured $25 million in Series B funding to bolster its efforts.

This round comes a year after the company, founded by Dr Abasi Ene-Obong, raised $15 million in Series A and two years after closing a $4.5 million seed round.

In total, 54gene has raised more than $45 million since its inception.

With the world’s analyzed genomes coming mostly from anywhere that isn’t Africa, the continent remains a valuable source of new genetic information for health and drug discovery research.

This is where 54gene’s work is relevant. The company conducts and leverages this research to ensure Africans are recipients of upcoming drug and medical discoveries.

Last year when we covered the company last year, CEO Ene-Obong disclosed that for 54gene to conduct this research, it recruits voluntary participants who donate genetic samples via swab or blood tests.

It still very much works this …read more 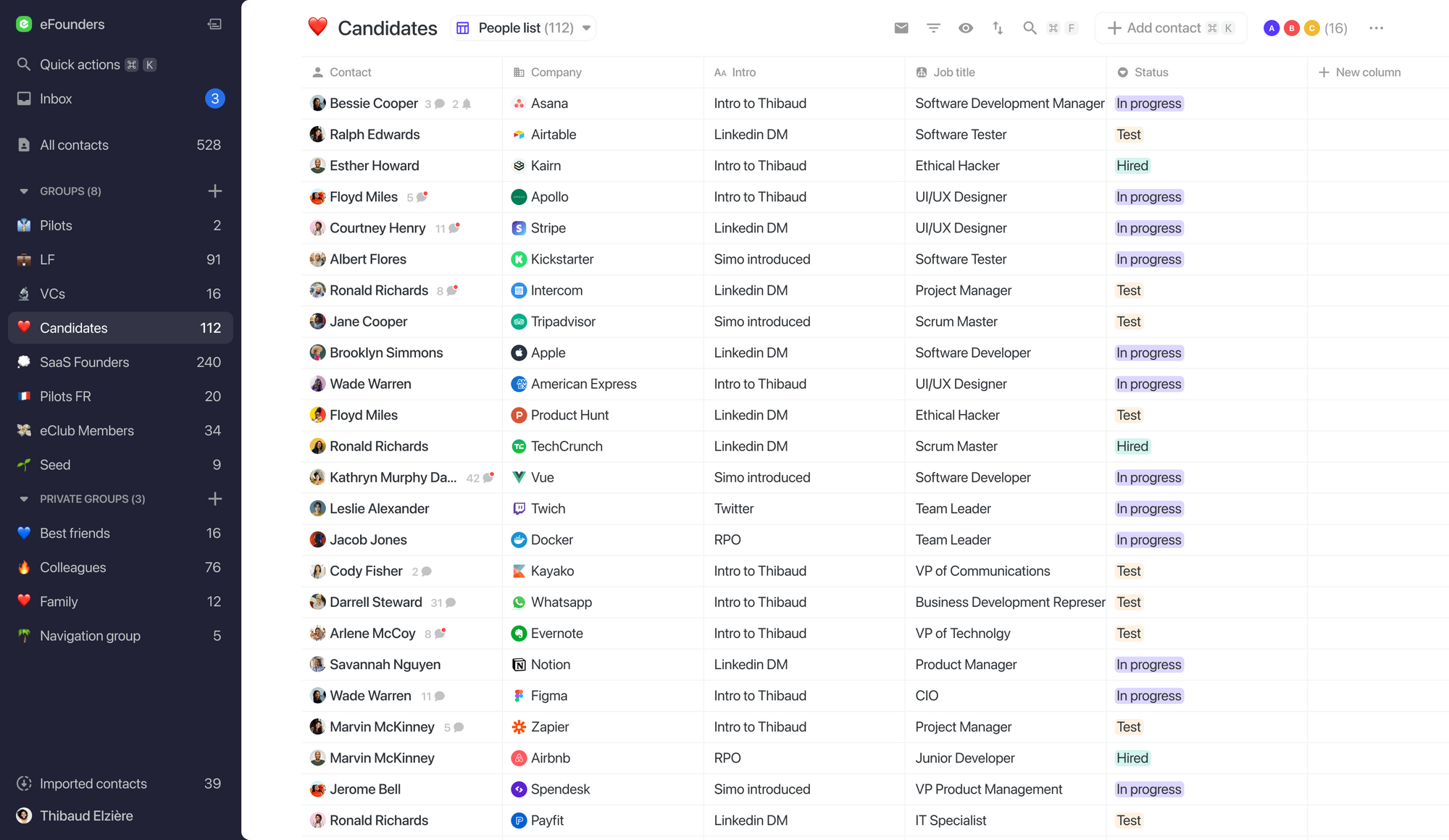 Folk is a new productivity tool started by European startup studio eFounders. And the startup just raised a $3.3 million seed funding round led by Accel with a big group of business angels.

When you think about managing contacts and relationships in a professional environment, you might think that companies have solved this already. An entire category of products and companies have emerged around this idea with CRMs. Popular CRM platforms include Salesforce and HubSpot and I’m sure your sales team loves their CRM.

But what does CRM mean exactly? Customer relationship management. If you work for a team that doesn’t have customers, then CRMs aren’t the most appropriate tools. For instance, PR teams work with journalists, logistics teams work with suppliers, events teams work with multiple kinds of partners, etc.

Folk wants to be the relationship management tool for the rest of the company. Chances are those teams don’t use a CRM. Instead, they often rely on shared spreadsheets or information remains siloed.

The company is even trying to give this new category of contact tools a name and calls is the xRM for extended relationships manager. “In xRM, the ‘x’ stands for anyone: you can use it not only for …read more

Apple is set to announce new iPhone models today. The company is holding a (virtual) keynote at 10 AM PT (1 PM in New York, 6 PM in London, 7 PM in Paris). And you’ll be able to watch the event right here as the company is streaming it live.

When it comes to new features, it’s safe to say that there will be big camera upgrades. This year, the company seems to be focused on video improvements in particular. The iPhone 13 should also come with a better display and a faster chip.

But that’s not all. Apple is likely to use this opportunity to announce a new Apple Watch model. There will be bigger design changes with the Apple Watch Series 7 with sharp edges.

There could be more product announcements as Apple …read more 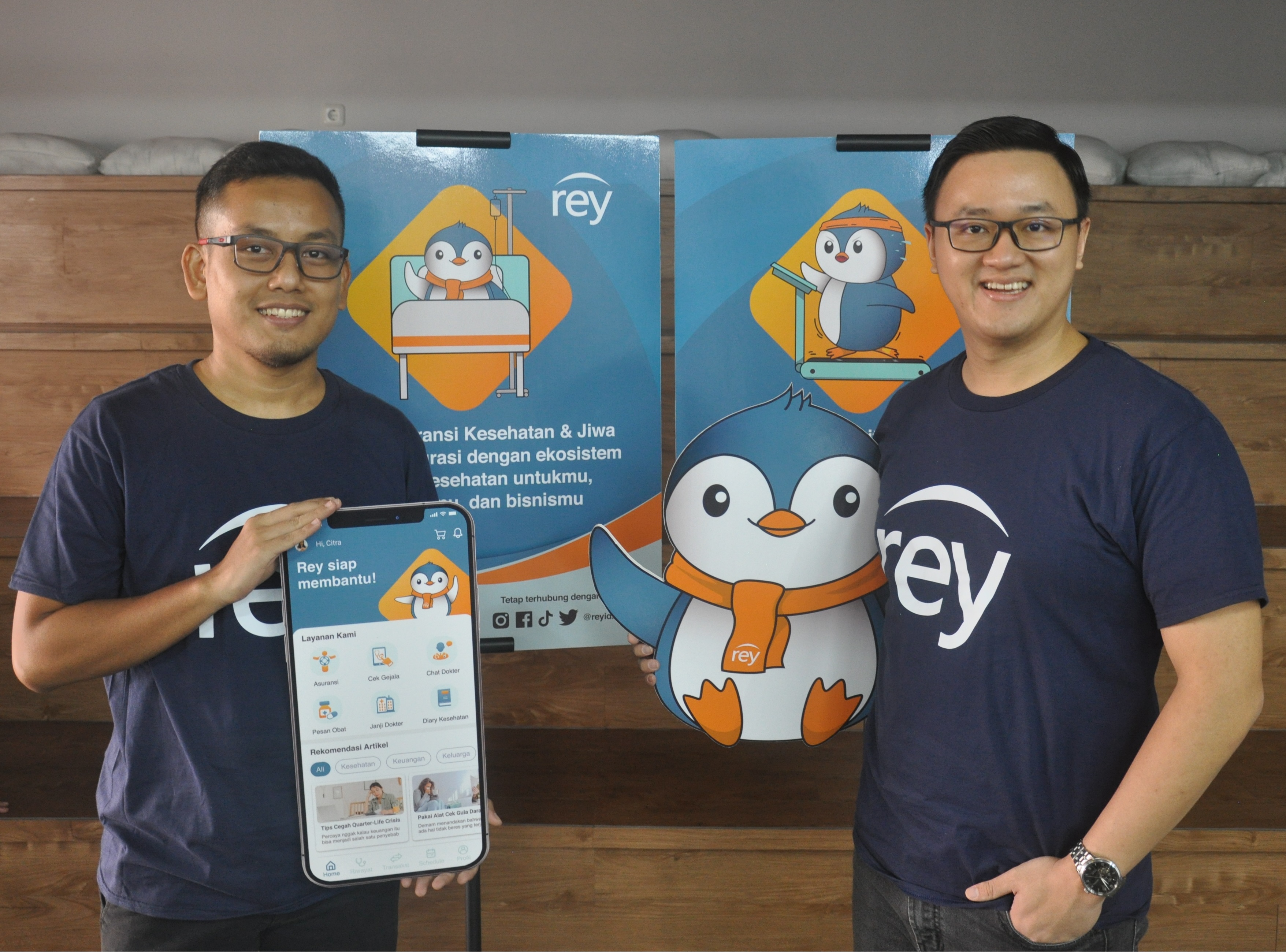 Health insurance is the kind of thing people usually only think about only when they need it. Otherwise, their policies are just paperwork in their files or cards in their wallet. Indonesian insurtech Rey Assurance is taking a new approach. Once someone becomes a member, they also get access to a platform of health services, including AI-based self-assessment tools, 24/7 telemedicine consultations for no added fee and pharmacy deliveries. The startup is launching out of stealth today, having already raised $1 million in pre-seed funding from the Trans-Pacific Technology Fund (TPTF).

Rey was founded this year by Evan Tanotogono, former head of digital channel at Sequis, one of Indonesia largest insurers, and Bobby Siagian, who held lead engineering roles at companies including Tokopedia and Sea Group. They are joined by insurance industry veteran David Nugrho as their chief business officer.

They created Rey to address the low penetration of life and health insurance in Indonesia. “When you look at the root causes and pain points, you are looking at problems that are systemic here,” Tanotogono said. These include low awareness, expensive distribution channels like agents and telemarketing, high premiums and complicated policies.

What’s happening in venture law in 2021?

The venture world is growing faster than ever, with more funding rounds, bigger funding rounds, and higher valuations than pretty much any point in history. That’s led to an exponential growth in the number of unicorns walking around, and has also forced regulators and venture law researchers to confront a slew of challenging problems.

The obvious one, of course, is that with so many companies staying private, retail investors are mostly blocked from participating in one of the most dynamic sectors of the global economy. That’s not all though — concerns about disclosures and board transparency, diversity among leaders as well as employees, whistleblower protections for fraud, and more have increasingly percolated in legal circles as unicorns multiply and push the boundaries of what our current regulations were designed to accomplish.

To explore where the cutting edge of venture law is today, TechCrunch invited four law professors who specialize in the field and securities more generally to talk about what they are seeing in their work this year, and argue for how they would change regulations going forward.

Our participants and their arguments:

Tesla should say something

Last weekend, a reader wrote to this editor, politely asking why tech companies should speak up about the abortion law that Texas passed last week.

“What does American Airlines have to do with abortion?” said the reader, suggesting that companies can’t possibly cater to both pro-abortion and anti-abortion advocates and that asking them to take a stand on an issue unrelated to their business would only contribute to the politicization of America.

It’s a widely held point of view, and the decision yesterday by the U.S. Department of Justice to challenge the law, which U.S. Attorney General Merrick Garland has called “clearly unconstitutional,” may well reinforce it. After all, if anyone should be pushing back against what happened in the Lone Star State, it should be other legislators, not companies, right?

Still, there are more reasons than not for technology companies – and particularly Tesla – to step out of the shadows and bat down this law.

It’s a fact that abortion restrictions lead to higher healthcare costs for employers, but one consequence of the Texas law that could hit tech companies especially hard is its impact on hiring. According to a study by the social enterprise Rhia Ventures, 60% of women …read more

We like to buy things online ranging from e-commerce stores to subscription-based sites. However, no one enjoys the hassle when you have to always re-log into different sites and stores. I mean, shopping can be a whole lot more fun if a fast logging and checkout system existed across all your favorite online stores.

In the U.S., high-flying startup Fast already caters to this need. Although the company is building a global product, it is limited in Africa, and OurPass has taken an interest to build one for the market.

The Abuja-based startup, which describes itself as the “Fast for Africa”, has also closed a $1 million pre-seed round to scale across the country. The round was led by Tekedia Capital and angel investors from Fortune 500 companies, the company said.

E-commerce checkout problem is one founder and CEO Samuel Eze is familiar with, but through a second-hand experience.

“I watched my mother struggle to shop online where I saw her set up multiple accounts on different platforms while going through a rigorous checkout process,” he told TechCrunch in an interview. “In many cases, she ended up dropping the card and moving on to a different online store. Seeing the same pattern …read more

Chinese autonomous driving company WeRide has unveiled its first cargo van, the vessel upon which it will self-drive into the world of urban logistics. WeRide will work with Chinese automobile manufacturer Jiangling Motors (JMC) and Chinese express delivery company ZTO Express to commercialize its first self-driving van at scale.

The deal was signed on Wednesday by Tony Han, founder and CEO of WeRide, Wenhui Jin, executive vice president of JMC, and Renqun Jin, vice president of ZTO, during WeRide’s latest online press conference dubbed “The Next.” As part of the agreement, WeRide and JMC will jointly design purpose-built models of the Robovan for mass production on JMC’s assembly lines, and ZTO will put the Robovans to good use in their urban logistics service, according to a statement released by the company. A WeRide spokesperson told TechCrunch that the Robovans will be based on JMC’s battery electric vehicle model with a fully-redundant vehicle platform, combined with WeRide’s full-stack software and hardware autonomous driving (AD) solutions.

WeRide has been raking in cash over the past year on its route to commercialization, with over $600 million raised from Series B and C rounds in the span of five months and a current $3.3 billion …read more