What is Blockchain: Everything You Need to Know (2022)

If you want to pay online, you need to register an account and provide credit card information. If you don’t have a credit card, you can pay with bank transfer. With the rise of cryptocurrencies, these methods may become obsolete.

Imagine a world in which you can do transactions and many other things without having to give your personal information. A world in which you don’t need to rely on banks or governments anymore. Sounds amazing, right? That’s exactly what blockchain technology allows us to do.

It’s like your computer’s hard drive. blockchain is a technology that lets you store data in digital blocks, which are connected together like links in a chain.

Blockchain technology was originally invented in 1991 by two mathematicians, Stuart Haber and W. Scot Stornetta. They first proposed the system to ensure that timestamps could not be tampered with.

A few years later, in 1998, software developer Nick Szabo proposed using a similar kind of technology to secure a digital payments system he called “Bit Gold.” However, this innovation was not adopted until Satoshi Nakamoto claimed to have invented the first Blockchain and Bitcoin.

So, What is Blockchain?

A blockchain is a distributed database shared between the …read more 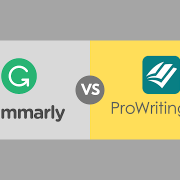 ProWritingAid VS Grammarly: Which Grammar Checker is Better in (2022) ?

ProWritingAid VS Grammarly: When it comes to English grammar, there are two Big Players that everyone knows of: the Grammarly and ProWritingAid. but you are wondering which one to choose so here we write a detail article which will help you to choose the best one for you so Let’s start

Grammarly is a tool that checks for grammatical errors, spelling, and punctuation.it gives you comprehensive feedback on your writing. You can use this tool to proofread and edit articles, blog posts, emails, etc.

Grammarly also detects all types of mistakes, including sentence structure issues and misused words. It also gives you suggestions on style changes, punctuation, spelling, and grammar all are in real-time. The free version covers the basics like identifying grammar and spelling mistakes

whereas the Premium version offers a lot more functionality, it detects plagiarism in your content, suggests word choice, or adds fluency to it. 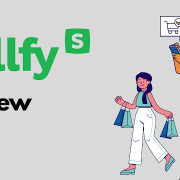 Sellfy Review 2022: How Good Is This Ecommerce Platform?

Are you searching for an ecomerce platform to help you build an online store and sell products?

In this Sellfy review, we’ll talk about how this eCommerce platform can let you sell digital products while keeping full control of your marketing.

And the best part? Starting your business can be done in just five minutes.

Let us then talk about the Sellfy platform and all the benefits it can bring to your business.

Sellfy is an eCommerce solution that allows digital content creators, including writers, illustrators, designers, musicians, and filmmakers, to sell their products online. Sellfy provides a customizable storefront where users can display their digital products and embed “Buy Now” buttons on their website or blog. Sellfy product pages enable users to showcase their products from different angles with multiple images and previews from Soundcloud, Vimeo, and YouTube. Files of up to 2GB can be uploaded to Sellfy, and the company offers unlimited bandwidth and secure file storage. Users can also embed their entire store or individual project widgets in their site, with the ability to preview how widgets will appear before they are displayed.

Sellfy is a powerful e-commerce platform that helps …read more 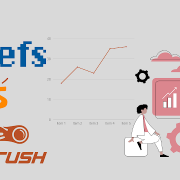 Ahrefs vs SEMrush: Which SEO Tool Should You Use?

SEMrush and Ahrefs are among the most popular tools in the SEO industry. Both companies have been in business for years and have thousands of customers per month.

If you’re a professional SEO or trying to do digital marketing on your own, at some point you’ll likely consider using a tool to help with your efforts. Ahrefs and SEMrush are two names that will likely appear on your shortlist.

In this guide, I’m going to help you learn more about these SEO tools and how to choose the one that’s best for your purposes.

SEMrush is a popular SEO tool with a wide range of features—it’s the leading competitor research service for online marketers. SEMrush’s SEO Keyword Magic tool offers over 20 billion Google-approved keywords, which are constantly updated and it’s the largest keyword database. 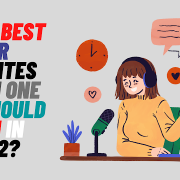 Top 10 Best PLR(Private Label Rights) Websites | Which One You Should Join in 2022?

Content creation is one of the biggest struggles for many marketers and business owners. It often requires both time and financial resources, especially if you plan to hire a writer.
Today, we have a fantastic opportunity to use other people’s products by purchasing Private Label Rights.
To find a good PLR website, first, determine the type of products you want to acquire. One way to do this is to choose among membership sites or PLR product stores. Following are 10 great sites that offer products in both categories.

What are PLR websites?

Private Label Rights (PLR) products are digital products that can be in the form of an ebook, software, online course videos, value-packed articles, etc. You can use these products with some adjustments to sell as your own under your own brand and keep all the money and profit yourself without wasting your time on product creation.
The truth is that locating the best website for PLR materials can be a time-consuming and expensive exercise. That’s why we have researched, analyzed, and ranked the best 10 websites:

PLR.me is of the best places to get PLR content in 2021-2022. It offers a content marketing system that comes with courses, brandable tools, and more. …read more

Hello everyone i changed my site domain name from techcruncher to www.crunchhype.com 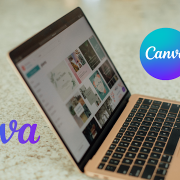 Are you looking for a new graphic design tool? Would you like to read a detailed review of Canva? As it’s one of the tools I love using. I am also writing my first ebook using canva and publish it soon on my site you can download it is free. Let’s start the review.

Canva has a web version and also a mobile app

Canva is a free graphic design web application that allows you to create invitations, business cards, flyers, lesson plans, banners, and more using professionally designed templates. You can upload your own photos from your computer or from Google Drive, and add them to Canva’s templates using a simple drag-and-drop interface. It’s like having a basic version of Photoshop that doesn’t require Graphic designing knowledge to use. It’s best for nongraphic designers.

Who is Canva best suited for?

Canva is a great tool for small business owners, online entrepreneurs, and marketers who don’t have the time and want to edit quickly.

To create sophisticated graphics, a tool such as Photoshop can is ideal. To use it, you’ll need to learn its hundreds of features, get familiar with the software, and it’s best to have a good background in design, …read more 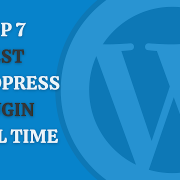 Those users who are serious about SEO, Yoast SEO will do the work for them to reach their goals. All they need to do is select a keyword, and the plugin will then optimize your page according to the specified keyword

Yoast offers many popular SEO WordPress plugin functions. It gives you real-time page analysis to optimize your content, images, meta descriptions, titles, and kewords. Yoast also checks the length of your sentences and paragraphs, whether you’re using enough transition words or subheadings, how often you use passive voice, and so on. Yoast tells Google whether or not to index a page or a set of pages too.

Let me summarize these points in bullets: 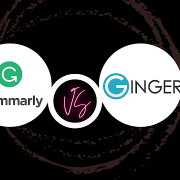 Ginger VS Grammarly: Which Grammar Checker is Better in (2022) ?

Ginger VS Grammarly: When it comes to grammar checkers, Ginger and Grammarly are two of the most popular choices on the market. This article aims to highlight the specifics of each one so that you can make a more informed decision about the one you’ll use.

If you are a writer, you must have heard of Grammarly before. Grammarly has over 10M users across the globe, it’s probably the most popular AI writing enhancement tool, without a doubt. That’s why there’s a high chance that you already know about Grammarly.

But today we are going to do a comparison between Ginger and Grammarly, So let’s define Grammarly here. Like Ginger, Grammarly is an AI writing assistant that checks for grammatical errors, spellings, and punctuation. The free version covers the basics like identifying grammar and spelling mistakes

While the Premium version offers a lot more functionality, it detects plagiarism in your content, suggests word choice, or adds fluency to it.

Non-fungible tokens (NFTs) are the most popular digital assets today, capturing the attention of cryptocurrency investors, whales and people from around the world. People find it amazing that some users spend thousands or millions of dollars on a single NFT-based image of a monkey or other token, but you can simply take a screenshot for free. So here we share some freuently asked question about NFTs.

NFT stands for non-fungible token, which is a cryptographic token on a blockchain with unique identification codes that distinguish it from other tokens. NFTs are unique and not interchangeable, which means no two NFTs are the same. NFTs can be a unique artwork, GIF, Images, videos, Audio album. in-game items, collectibles etc.

A blockchain is a distributed digital ledger that allows for the secure storage of data. By recording any kind of information—such as bank account transactions, the ownership of Non-Fungible Tokens (NFTs), or Decentralized Finance (DeFi) smart contracts—in one place, and distributing it to many different computers, blockchains ensure that data can’t be manipulated without everyone in the system being aware.

3) What makes an NFT valuable?