You are here: Home / Blog / Uncategorized / AWS wants to rule the world 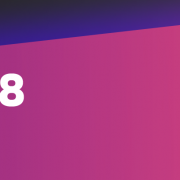 AWS wants to rule the world

AWS, once a nice little side hustle for Amazon’s eCommerce business, has grown over the years into a behemoth that’s on a $27 billion run rate, one that’s still growing at around 45 percent a year. That’s a highly successful business by any measure, but as I listened to AWS executives last week at their AWS re:Invent conference in Las Vegas, I didn’t hear a group that was content to sit still and let the growth speak for itself. Instead, I heard one that wants to dominate every area of enterprise computing.

Whether it was hardware like the new Inferentia chip and Outposts, the new on-prem servers or blockchain and a base station service for satellites, if AWS saw an opportunity they were not ceding an inch to anyone.

Last year, AWS announced an astonishing 1400 new features, and word was that they are on pace to exceed that this year. They get a lot of credit for not resting on their laurels and continuing to innovate like a much smaller company, even as they own gobs of marketshare.

The feature inflation probably can’t go on forever, but for now at least they show no …read more