You are here: Home / Blog / Uncategorized / 3one4 Capital launches $100M fund to back early-stage startups in Indi... 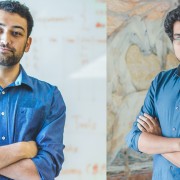 3one4 Capital, a venture capital firm in India, today announced a $100 million fund as the young investment firm looks to back more early-stage startups in the world’s second largest internet market.

In the last four years, 3one4 Capital — founded by Pranav Pai and Siddarth Pai, sons of TV Mohandas Pai, a widely respected industry figure who served as a senior executive at Infosys — has backed over 50 startups.

In an interview with TechCrunch, Pranav said the new fund would enable 3one4 Capital to continue to invest in a wide-range of early-stage startups. 3One4 Capital largely focuses on Seed and pre-Series A financing rounds, but it has also backed startups in Series A and later stage deals.