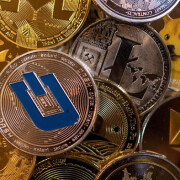 Russia’s central bank on Thursday proposed banning the use and mining of cryptocurrencies on Russian territory, citing threats to financial stability, citizens’ wellbeing and its monetary policy sovereignty.

The move is the latest in a global cryptocurrency crackdown as governments from Asia to the United States worry that privately operated highly volatile digital currencies could undermine their control of financial and monetary systems.

Russia has argued for years against cryptocurrencies, saying they could be used in money laundering or to finance terrorism. It eventually gave them legal status in 2020 but banned their use as a means of payment.

In December, the price of bitcoin fell after Reuters reported, citing sources, that Russia’s regulator was in favour of a complete ban on cryptocurrencies.

In a report …read more