Using a virus that grows in black-eyed pea plants, nanoengineers at the University of California San Diego developed a new treatment that could keep metastatic cancers at bay from the lungs.

The treatment not only slowed tumor growth in the lungs of mice with either metastatic breast cancer or melanoma, it also prevented or drastically minimized the spread of these cancers to the lungs of healthy mice that were challenged with the disease.

The research was published Sept. 14 in the journal Advanced Science.

Cancer spread to the lungs is one of the most common forms of metastasis in various cancers. Once there, it is extremely deadly and difficult to treat.

Researchers at the UC San Diego Jacobs School of Engineering developed an experimental treatment that combats this spread. It involves a bodily injection of a plant virus called the cowpea mosaic virus. The virus is harmless to animals and humans, but it still registers as a foreign invader, thus triggering an immune response that could make the body more effective at fighting cancer.

The idea is to use the plant virus to help the body’s immune system recognize and destroy cancer cells in the lungs. The virus itself is not infectious …read more 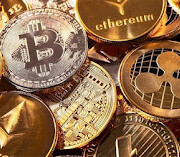 US sanctions cryptocurrency exchange over ties to ‘ransomware attacks’

The United States imposed sanctions Tuesday on cryptocurrency exchange SUEX for its ties to ransomware attackers, as Washington seeks to crack down on digital crime.

The move comes after hacks and data breaches that have targeted a major US oil pipeline, a meatpacking company and the Microsoft Exchange email system, as well as ransomware attacks hitting various sectors.

The US Treasury Department did not say if SUEX was implicated in any of those incidents, but noted that 40 percent of the exchange’s known transaction history was linked to “illicit actors.”

“Some virtual currency exchanges are exploited by malicious actors, but others, as is the case with SUEX, facilitate illicit activities for their own illicit gains,” the Treasury Department’s statement said.

As a result of the sanctions, any assets of the platform under US jurisdiction are now blocked and Americans are barred from using SUEX.

The United States in July offered $10 million rewards for information on online extortionists abroad as it stepped up efforts to halt a sharp rise in ransomware attacks.

This year has seen a slew of prominent ransomware attacks which have disrupted a US pipeline, a meat processor and the software firm Kaseya — affecting 1,500 businesses, many of them far from the …read more