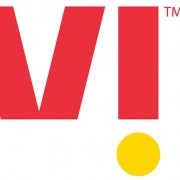 Vodafone Idea, one of the largest telecom operators in India, has rebranded as ‘Vi’ as it looks for a “fresh start” two years after the British telecom giant Vodafone Group’s India business and billionaire Kumar Mangalam Birla’s Idea Cellular merged in the country.

“As the integration of two businesses is now complete, it’s time for a fresh start. That’s why we believe that now is the perfect time to launch Vi, one company which provides the strength of Vodafone India and Idea,” Vodafone Group CEO Nick Read said at a virtual conference on Monday.