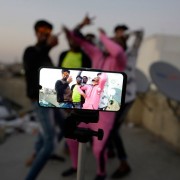 Startups Weekly: What the E-Trade deal says about Robinhood

[Editor’s note: Want to get this weekly review of news that startups can use by email? Just subscribe here.]

How well do Robinhood’s financials stack up against incumbent online brokerages? While we wait for the seven-year-old company’s long-planned IPO, Alex Wilhelm examined Morgan Stanley’s big $13 billion purchase of E-Trade for fresh data comparison points. Robinhood has 10 million accounts — twice what E-Trade has — but it also appears to make much less money per user and has far fewer assets under management, as he covered for Extra Crunch. So while its fee-free approach has destroyed a key revenue stream for competitors, it still has to grow its own “order-flow” business into its private-market valuation.

One solution is to make the platform stickier via social features. On the same day as the E-Trade deal announcement, Robinhood launched a new Profiles feature to encourage users to share stock tips. Josh Constine explored the offering and where it is headed on TechCrunch, concluding that “Profiles and lists, and then eventually more social features, could get Robinhood’s users trading more so there’s more order flow to sell and more reason for them to buy subscriptions.”