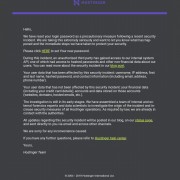 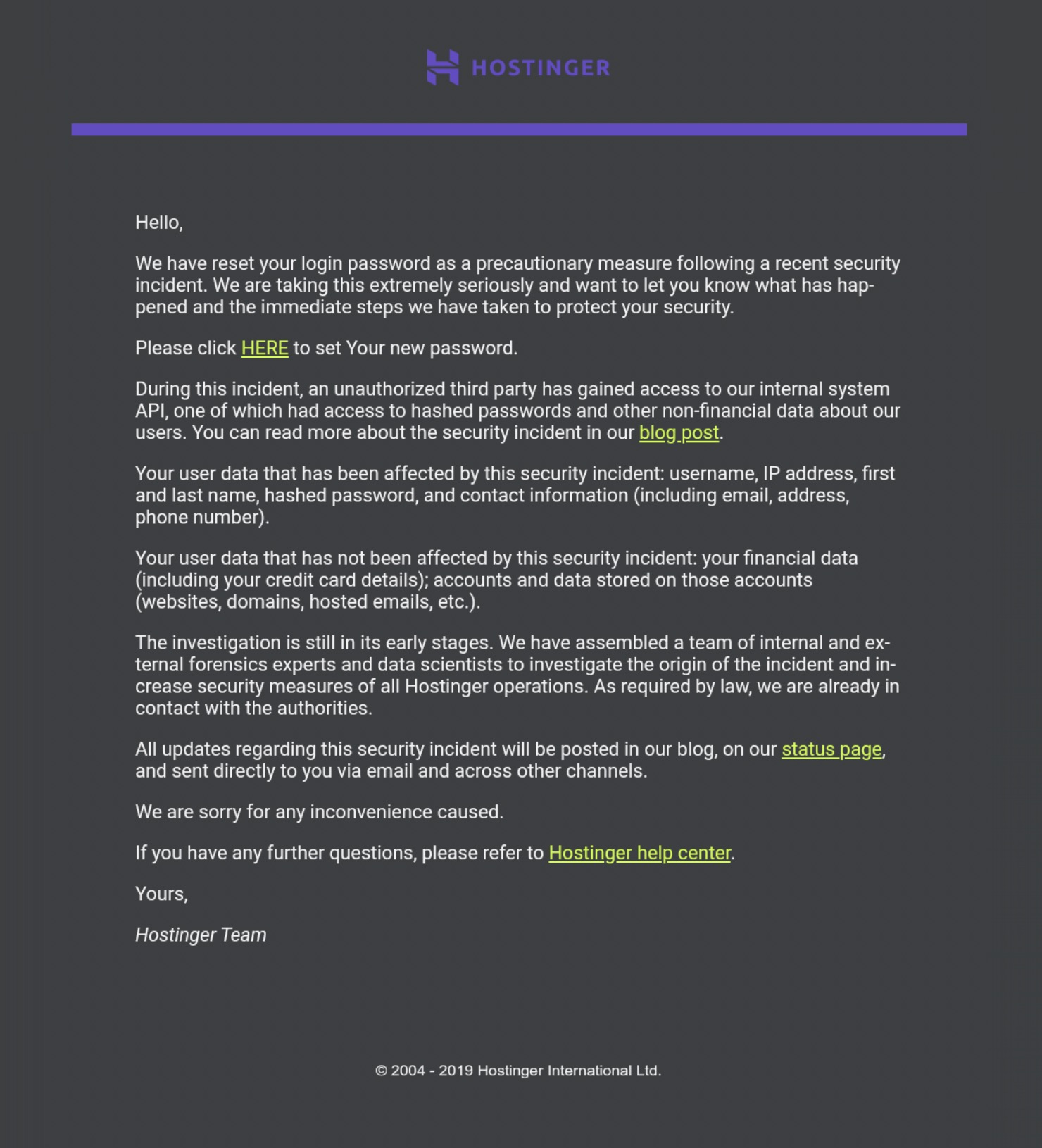 Hostinger said it has reset user passwords as a “precautionary measure” after it detected unauthorized access to a database containing information on millions of its customers.

The breach is said to have happened on Thursday. The company said in a blog post it received an alert that one of its servers was improperly accessed. Using an access token found on the server, which can give access to systems without needing a username or a password, the hacker gained further access to the company’s systems, including an API database. That database contained customer usernames, email addresses, and passwords scrambled with the SHA-1 algorithm, which has been deprecated in favor of stronger algorithms after researchers found SHA-1 was vulnerable to spoofing. The company has since upgraded its password hashing to the stronger SHA-2 algorithm.

The company said it was “in contact with the respective authorities.”

An email from Hostinger explaining the data breach. (Image: supplied)

News of the breach broke overnight. According to the company’s status page, affected customers have already received an email to reset their passwords.