Equity transcribed: What happens to late-stage VC if the Vision Fund goes away?

Welcome back to the transcribed edition of the wildly popular TechCrunch podcast, Equity. This week Kate Clark and Alex Wilhelm convened in the new studio to discuss the biggest venture capital news of the week.

There was a lot of news to get to so they started with some quick hits about Thumbtack, Bird, Scoot, Mirror and Looker. Then they got down to business and went in-depth on SoftBank’s Vision Fund and whether the money has dried up.

Kate: I think the TLDR here is, if the Vision Fund doesn’t raise a Vision Fund Two, we will feel changes in the market. I think we will see deal sizes come back to earth a little bit, and I think we may see at least not increasingly large valuations, because I think that people may, especially now that it’s been a couple of years, people may underestimate the force that is a Vision Fund. We don’t have the Vision Fund, you know that obvious force that dark cloud is gone. 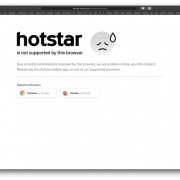 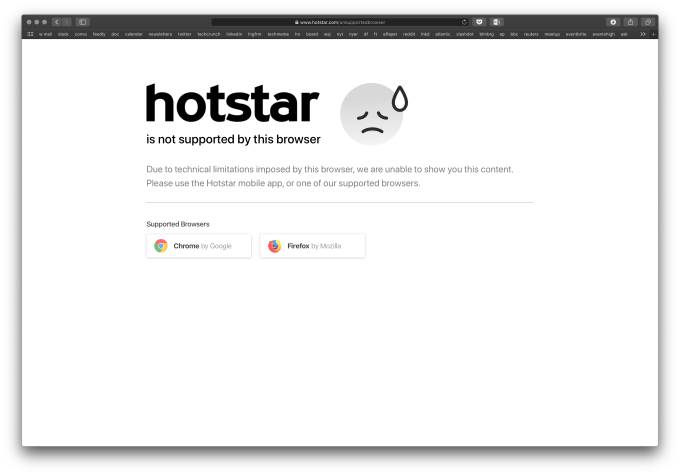 The incident comes at a time when the streaming service — operated by Star India, part of 20th Century Fox that Disney acquired — enjoys peak attention as millions of people watch the ongoing ICC World Cup cricket tournament on its platform.

As users began to complain about not being able to use Hotstar on Safari, the company’s official support account asserted that “technical limitations” on Apple’s part were the bottleneck. “These limitations have been from Safari; there is very little we can do on this,” the account tweeted Friday evening.

Sources at Hotstar told TechCrunch that this was not an accurate description of the event. Instead, company’s engineers had identified a security hole that was being exploited by unauthorized users to access Hotstar’s content, they said.

Hotstar intends to work on patching the flaw soon and then reinstate support for Safari, the sources said.

The security flaw can only be exploited through Safari’s desktop and mobile browsers. …read more